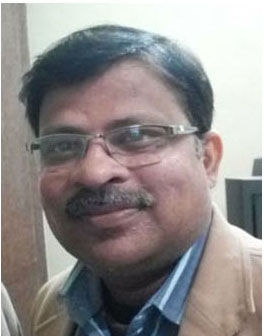 Understanding the plants response towards changing environment  still  remains to be  the goal of the plant biologists. This has become more important considering the present and expected  future climate change scenario  and demand  to feed the growing world population. The accelerated climate change may force plants to adapt to the changing environment. Until now, only genetic factors were considered to reveal the under lying mechanisms involved in plant adaptation. However recent advances in science and technologies opened up new dimension in the name of “epigenomes” to understand the mechanisms of plant adaptation and evolution beyond genetics. Epigenetics is the study of reversible, heritable changes in gene expression that do not involve changes to the underlying DNA sequence -a change in phenotype without a change in genotype. Recent studies have shown that rapid adaptation may be mediated through modification of DNA and histone proteins, as well as through expression of noncoding small RNAs including miRNAs. DNA methylation can alter the interactions between proteins and DNA, including transcription factors and gene regulatory regions, which affect gene expression. These in turn affects access to genetic loci. These modifications are inter-related.  These enable cells with a dynamic and plastic mechanism for responding to developmental and environmental cues. This is particularly important for plants given their sessile nature. Thus deciphering such strategies in plants is the key for future crop improvement strategies  and secured food supply.

We aim to explore above strategies by studying  the natural populations of Arabidopsis thaliana those are growing  along the steep altitudinal gradient  ranging from 600 m amsl to 3400 m amsl of the Himalayas. These populations provide us unique opportunity being naturally evolved under different climatic condition within a short geographic distance. Moreover, population level genetic studies suggest these populations are genetically different from the rest of the world populations. Based on our  recent data we hypothesized that these populations might have evolved different strategies to counter different abiotic stresses they are exposed to. One of such strategies  adopted is epigenetic regulation  by expressing different classes of small RNA, long non-coding RNA and methylation pattern. Our results do suggest such population specific expression of these factors. Our goal is to establish the interlinking of the population specific small RNAs and DNA methylation pattern and  environment driven expression of such  factors governing  RdDM  pathway. Further, we aim to understand the trans-generational inheritance pattern of methylome and targeted methylation and demethylation of specific genes to decipher their role in plant adaptations.

Our laboratory is also working on understanding the role of population specific miRNAs and phasiRNA and their biogenesis employing gene editing and other conventional  techniques. Our long term goal is to utilization of such genes or non-coding RNAs for better future crop management including higher yield.