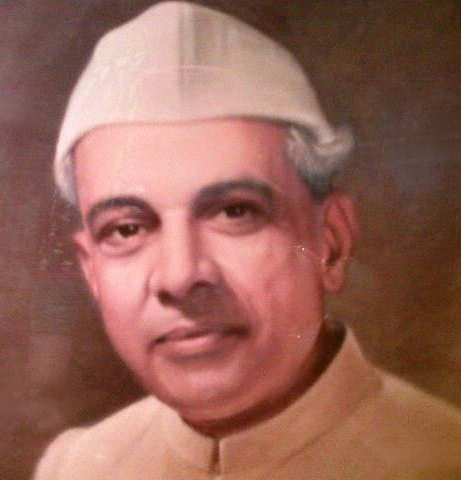 Prof. K.N. Kaul, the Founder Director, had a vision that then National Botanic Garden (NBG) should be developed into an 'active centre of basic as well as applied research on plants, their conservation and education to people including children'; something on the pattern of Royal Botanic Garden, Kew, UK. His major focus was on taxonomy, horticulture, phytochemistry and pharmacognosy. When CSIR adopted it in 1953, it provided a meagre budget of Rs 5 lakhs. Prof. Kaul organized the Botanic Garden in an area of 72 acres for horticultural research. He carried out several expeditions for documentation and collection of plant germplasm of the country and introduced several unique plant species into the botanic garden and developed a large Herbarium for collections of plant specimens. He also established the basic infrastructure including the laboratory-cum-office complex earlier named as 'New Building' (now renamed as K.N. Kaul Block in his honour). He also created various other infrastructure and facilities in the garden including a guest house. He established three field stations at Banthra (near Lucknow), Bangalore and Darjeeling during his tenure. In recognition of his remarkable achievements, the U.P. Government, in 1956, transferred 150 acres of 'usar' land in Banthra, about 21 km from Lucknow, on the Lucknow-Kanpur Road, to the National Botanic Gardens for the establishment of a nursery and a research farm. Because of its high alkali content this land had never been used before for cultivation. Under the leadership of Prof. Kaul, and senior scientists like Virendra Chnadra and Dr. G.S. Srivastava and others, an operational centre could be set up on a barren land like the one in Banthra. 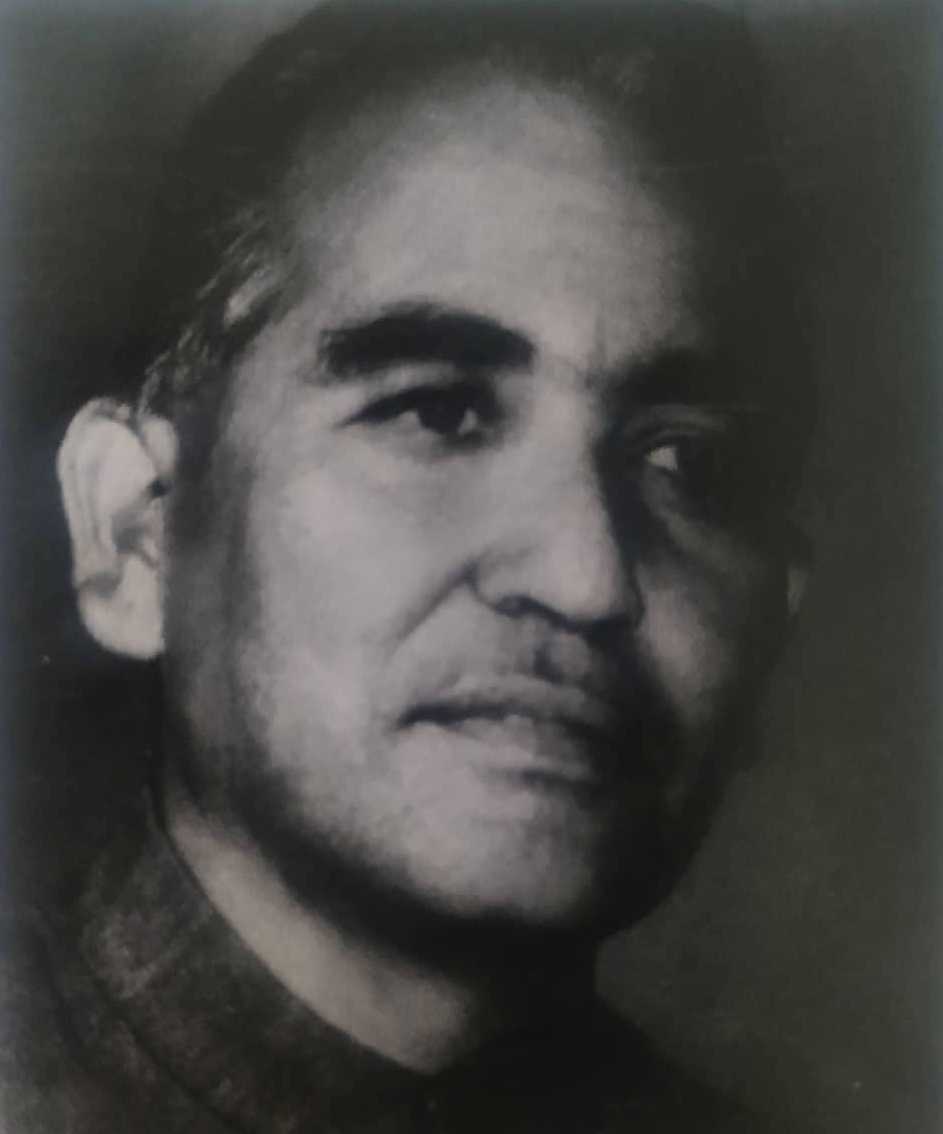 Dr. L.B. Singh, took over as Director, NBG, in after the retirement of Prof. K.N. Kaul. Dr. Singh steered the research programmes at NBG for nearly six years during which the institute continued strengthening its activities on horticultural research and established a new division of Entomology apart from giving emphasis on Plant Virology and Plant Pathology. 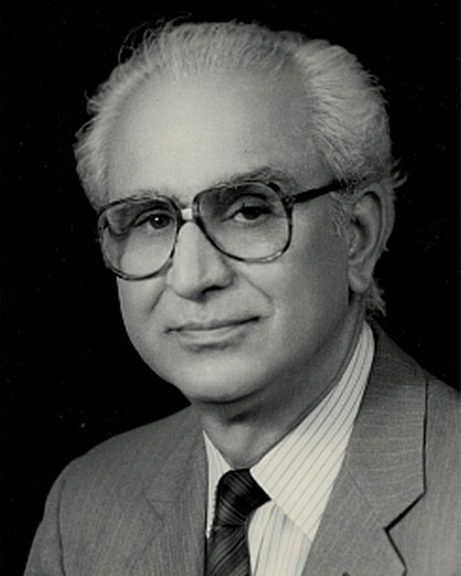 Dr. T.N. Khoshoo, a distinguished Scientist and a world renowned Geneticist/Plant Breeder took over as Scientist-in-Charge of NBG in the year 1973 and become full-fledged Director in 1976. He gave particular impetus to economic botany keeping in mind national needs and priorities. Particular emphasis was laid on the discovery, domestication and detailed agro-botanical study and utilization of new vegetables, raw materials of economic importance from non-agricultural/non-traditional plants including ornamentals, a segment of India’s rich plant wealth that had not received adequate attention. Dr. Khoshoo is also credited with redefining the mandate of the NBG and convinced CSIR authorities to change the status and name of the organisation from ‘National Botanic Garden’ to ‘National Botanical Research Institute’, which was approved by the Governing Body of the Council of Scientific and Industrial Research, New Delhi on October 25, 1978. The new name justified better the distinctive character and R&D activities of this botanical R&D institute. His contributions to genetic improvement of non-traditional crop plants through conventional and mutation needing programmes, micro-propagation of economically important plants through tissue and embryo culture methods were all landmark achievements. Dr. Khoshoo also expanded the laboratory complex by adding a new four-storied building to accommodate some of the fast expanding research activities in various areas. The complex till few years back was known as Genetic Block (now renamed as T.N. Khoshoo Block in his honour).

Dr. P.V. Sane, an eminent plant biochemist and Bhatnagar Awardee from Bhabha Atomic Research Centre, joined NBRI in 1983 as Deputy Director and worked as Scientist-in-Charge from 1984-85 and was appointed in 1984. He served the institute for about 14 years. Dr. Sane introduced some of the most contemporary sciences in plant research during his tenure which gradually grew into modern and cutting edge technologies of the institute. To name a few, Plant Physiology and Biochemistry, Floriculture, Plant Molecular Biology, Tree Biology, Environmental Sciences, Taxonomy and Ethnobotany were strengthened during his regime. Greater emphasis was given to disciplines such as molecular biology and genetic engineering which were fast emerging as the front line science in the country at that time not only in plants but in biological sciences as a whole. The Department of Biotechnology, Govt. of India, recognised his initiative and NBRI was declared as one of the five prestigious Centres of Plant Molecular Biology (CPMB) in 1991 with grant-in-aid of few crore rupees. The centre operated for 10 years which gave a tremendous boost to modern science in the institute. 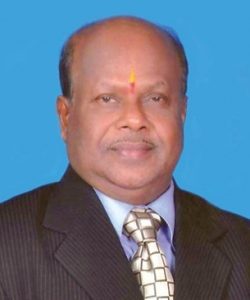 Dr. P. Pushpangadan was appointed as Director in February 1999. During his tenure, the institute saw emergence and strengthening of few other disciplines which added more dimensions to the already multifaceted research strength of NBRI. He promoted identification of the non-crop plant genetic resources and converting them into value added economic wealth. Dr. Pushpangadan initiated trans-disciplinary research programmes in bioprospecting, based on indigenous plant Dr. P. Pushpangadan resources and the associated traditional knowledge and renaming the existing Pharmacognosy Division into Pharmacognosy and Ethnopharmacology Division. Dr. Pushpangadan was also instrumental in initiating molecular taxonomy giving a new direction to bioprospecting and was a reckoning force in bringing out several herbal products for the masses from drugs to pharmaceuticals, nutraceuticals, cosmeceuticals, natural dyes, biopesticides etc. During his regime the Institute was awarded several patents on herbal formulations and biopesticides. The Institute was also recognized for its leadership in conservation and sustainable utilization of biodiversity, and equitable fair sharing of benefits arising out of sustainable use of plant genetic resources as envisaged in the UN Convention of Biological Diversity (CBD). The institute set up a Herbal Garden and a Tactile Garden at Rashtrapati Bhavan with the active support and encouragement of the Honorable President, Dr. A.P.J. Abdul Kalam and the National Medicinal Plant Board (NMPB), Govt.of India. Another contribution of Dr. Pushpangadan has been to set up a full-fledged modern Bioinformatics facility with the latest infrastructure and state of art facilities. NBRI Bioinformatics Lab is the first in South Asia, which has joined the international network programme on Plant Bioinformatics and has been recognized as the GBIF-India node for sharing digitized data via internet. The initiative taken by him has proved a boon for the institute as more and more bioinformatic tools in the form of software and hardware were added which are now used for the interpretation of bulk data generated by several disciplines of the institute. 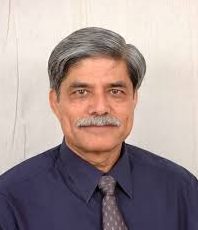 Dr. Rakesh Tuli, the senior most scientist of the institute at that was appointed as the Director. Dr. Tuli played an important role in redefining the challenges of contemporary science and designing plants and plant products for future. He has been instrumental in motivating the scientists to work in bigger teams and handling supra-institutional and multi- institutional level respectively. Under his able leadership, NBRI has the Dr. Rakesh Tuli distinction of developing Bt-cotton technology and transferring it to the industry. The NBRI was credited with one of the front runners of this technology, which is now being used nationwide. His vision to provide NBRI a larger platform at global level has given tremendous boost to the research activities of the institute. It was due to his effort that NBRI is an active partner in several network programmes that include institutes within and beyond CSIR. The institute is now launching a larger programme jointly with seed industry and six other institutes for developing transgenic lines of cotton with multiple genes effective against both leaf-eating (herbivores) and sucking pests. Another important contribution of Dr. Tuli has been to create world-class infrastructure in terms of latest equipment. Genomic exploration of plant diversity and gene mining has taken a big leap during his regime which resulted into establishing state-of-the-art technology-driven Plant Genomic Facility in Lucknow. 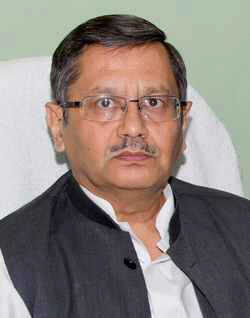 Dr. Chandra Shekhar Nautiyal, an eminent microbiologist and a senior scientist at NBRI was appointed as Director in November 2010. With his leadership, the institute become more active in Rural Development Programme to help small farmers and to move science from laboratory to the field. He initiated prestigious programme on root biology which was one of its kinds in the country and has immense potential for crop productivity.