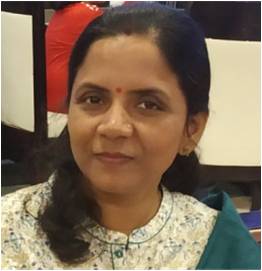 Our area of work mainly focusing on Plant -Microbe interactions.Being sessile, plants are continually challenged by an array of environmental stresses which pose devastating threat to its existence and development. We are deciphering the role of microbial intervention in abiotic and biotic stress tolerance of different crop plants by the utilization of different microbial attributes.

Microbes having different biocontrol ability, viz. siderophore production, producing TypeIII secretary system enzymes and different metabolites were explored against the Fusarium wilt of chickpea. Elucidation of their mechanism of biological control is currently in progress in identified potential strains.

Among the diverse abiotic stresses, along with salinity and drought-stresses, arsenic stress are extensivelycontributing to the yield reduction and health hazards to the people. This urged us to explore the microbial potential to ameliorate abiotic stresses in plants and decipher the involved molecular mechanism in rice. Role of the potent Bacillus amylolquefaciens strain for amelioration of salinity and drought stress through modulation of different physiological and molecular functions has been demonstrated by us. Synergistic interaction between Pseudomonas putida (P solubilizer, MTCC5279) and Chlorella vulgaris (As detoxifier) was studied for reduced arsenic uptake in rice. Probable mechanismfor reduced grain arsenic accumulation is attributed to phosphate/arsenate competition and lowered ROS metabolism to reduce As-induced oxidative stress and modulation of P transporters in rice. Currently number of microbes (bacteria, yeast and fungi) for different arsenic biotransformation potential i.e. arsenate reductase, arsenite oxidase and methyltransferase through biochemical and PCR amplification of respective genes has been characterized with reduced arsenic uptake in rice.Role of phosphate accumulating solubilising and mineralizing microbes for amelioration of phosphate starved salinity stress is also one of the area of research. Stress mitigation is probably attributed to changes in root architecture through auxin and ABA signalling, augmented phosphate and proline accumulation, higher redox state, modulated expression of phosphate transporters and stress responsive genes in A. thaliana has been found as probable mechanism.

Due to the havoc caused by improper management or on-farm burning of rice straw, urge for its proper utilization evoked the idea of developing microbial consortia for its in-situ utilization. Microbial consortia developed for on farm utilization of rice straw has been tested for improved soil health and productivity of the subsequent crop (wheat) at 3 different research farms of Uttar Pradesh agricultural departments and UnnaoKrishiVigyan Kendra (KVK). Improved crop yield and soil carbon content was found with the addition of microbial formulation as compared to control. Developed consortia can be further recommended as technology for on-farm rice straw management in order to have better carbonization and productivity.

Fusarium oxysporumis one of the most variable and highly dispersed species and its pathogenicity to high value crop has been well studied. Variability and diversity in Fusarium species create problem regarding its pathogenicity. Our work majorly deals with the characterization of pathogenic strains of Fusarium oxysporuminfecting the chickpea (Cicer arietinum L.). Henceforth, Fusarium isolates from 30 districts of Uttar Pradesh were characterized for their pathogenicity and identified through ITS based sequencing.Diversity of bacterial strains having different beneficial traits viz. phosphate accumulation, silicon solubilisation, Zinc solubilisation and siderophore production, arsenic tolerance from different parts of India is also one of the area of research. As a part DBT funded programfungal diversity from north east region of India is currently going on, where we have  identified some novel strains from Assam of NE region.