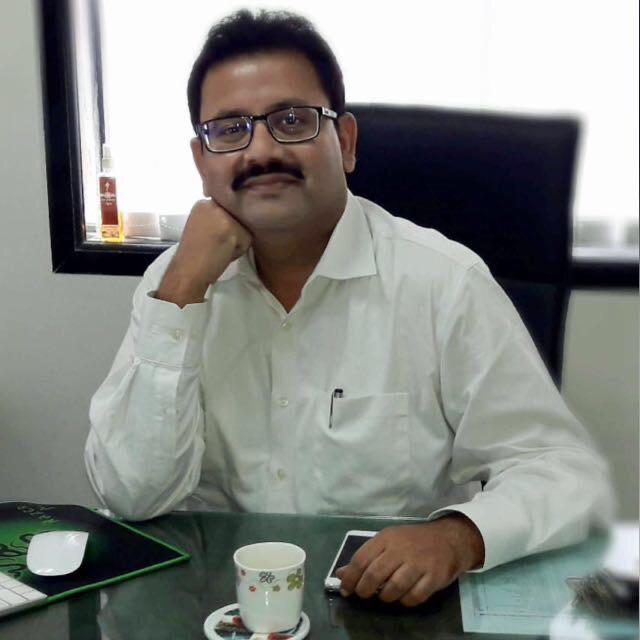 Transcription regulation is a complex and combinatorial process. During development and differentiation plants need coordinated expression of thousands of genes in wide range of tissue, developmental stages, and in response to environmental signals. It is still not well understood how they function at the molecular level and how they can switch an entire developmental programme cell fates in complex organisms. Plant transcriptional regulators and their interactions with various epigenetic factors provide new insights into general transcriptional regulatory mechanisms. Epigenetic regulation of chromatin structure is one of the important mechanisms of eukaryotic gene regulation, governing dynamic changes in the gene expression. In an approach to throw light on these above mentioned topics, below enlisted are the areas of our interest:

Transcriptional factors involved in gene regulation during stresses and fiber development in cotton.

– Development of novel male sterility system for the production of F1 hybrids.

– Exploring the role of transcriptional regulators during innate immunity in Arabidopsis.

– To explore the molecular mechanism of heterosis in Arabidopsis.

Structural architecture of the core promoter plays important role in regulated expression of genes. The phyB perceives light signals and activates the transcription factor HY5 which directly binds to Light Responsive Elements (LRE) located upstream to the TATA box in the promoter and synergistically regulate the gene expression. Study explores four types of promoters:  TATA-box containing light activated/light repressed and Inr containing light activated/light repressed promoters. We observed that the TATA-box and Inr (Initiator) elements have distinct mechanisms which are involved in light-mediated regulation, and these elements are not swappable by using either native promoters or their swapped versions of core promoter elements. These results show that mutations in either functional TATA -box or Inr elements lead to the formation of nucleosomal structure. We also found that the light-activated promoters contain different specific regulatory motif present downstream of TSS, which serves as a key factor in regulating light promoters which are parallel with these elements. This study indicates that proper coordination is required between TATA -box and Inr elements in concurrence with other conserved cis regulatory elements for core promoter specificity (Molecular Plant, 7(4):626-41, 2014).

In eukaryotes TATA binding protein associated factors (TAFs) have been postulated to regulate various physiological and pathological conditions through active transcription. TAFs have been extensively studied in yeast, Drosophila, mice and human, mediating selective and accurate transcription. The role of TAFs in plant development and defense signaling is still unknown. Our study focuses on plant innate immunity and genetic interaction of TAFs with other related transcriptional regulators in defense signaling pathway in Arabidopsisthaliana. We also identify the new targets mediating transcription regulation through TAFs in context to plant-pathogen interaction.

BECLIN1 gene of Arabidopsis has been used in inducing male sterility in Tobacco, when expressed in stringently regulated manner in the anther tapetum. The tapetum-speciﬁc, two-component transcription system utilizes the TGTA-TBPm3 complementation principle. Glucocorticoid-dependent expression of AtBECLIN1 in tapetum has been developed to generate glucocorticoid-inducible male sterility in plants (Plant Biotechnology Journal, 1;8(9):1005-22, 2010).

For heterosis breeding in plants, a male sterility–fertility restoration system was developed in Tobacco. For this, in the female parent, tapetum-specific, high-level and postmeiotic expression of the Arabidopsis BECLIN1/ATG6 gene led to complete male sterility. The tapetum–specific expression was completely abolished and male fertility was restored in the F1 hybrid (Scientific reports,15;5:11274, 2015). The same system is also being explored in cotton for hybrid seed production.

Cotton is one of the most economically important crops for textile industries. Cotton fiber is a single cellular structure that is highly elongated and has a unique chemical composition which establishes cotton fiber as a platform for study of plant cell differentiation, expansion and cell wall biogenesis. Constitutive overexpression of transgenes occasionally interferes with normal growth and developmental processes in plants. Thus, the development of fiber-specific promoters that drive transgene expression will be of great importance for both fundamental and applied studies. In our lab, we have found that GhGDSL is expreesed in SCW of cotton and its promoter is regulated by the GhMYB1 which is co-expressed with GhGDSL during SCW biosynthesis stage of cotton fiber development (Plant Biotechnolgy Journal, 15,pp.1163-1174, 2017). GhGDSLanditspromoterarethereforepotentialtoolsfortheimprovementofcotton fiber qualitytraits.

6. Role of GhHDA5 in H3K9 deacetylation and fiber initiation in cotton

Epigenetic regulation of chromatin structure is one of the important mechanisms of eukaryotic gene regulation, governing dynamic changes in the gene expression. Cotton fiber is regulated at epigenomic level by DNA and histone modifications. Among various types of histone modifications histone acetylation is very important. Histone acetylation is dynamically regulated by HATs and HDACs. The involvement of a member of HDAC family that is HDA5 has been confirmed in cotton fiber development.The partially purified GhHDA5 protein used for the histone deacetylase activity assay and observed that GhHDA5 deacetylates acH3K9 with higher efficiency than acH3K14 peptides at 2µg protein concentration. The detailed molecular and genomics analysis suggested that GhHDA5 primarily acts via modulation of H3K9ac histone marks regulates expression of many hormones, stress and development-related genes involved in fiber development (The Plant Journal. 95(6):1069-1083, 2018). The mechanistic details of HATs or HDACs in cotton fiber development are being explored in our lab.

Abiotic stresses are major limiting factors of crop yields worldwide. To understand, at the molecular level, how plants respond to adverse conditions and thereby adapt to a changing environment will help in developing plants that can better cope with stresses. Acquisition of stress tolerance requires orchestration of a multitude of biochemical and physiological changes, and most of which depends upon changes in gene expression. Four genotypes of G.herbaceum(Vagad, GujCot-21, RAHS-14 and RAHS-IPS-187) were exposed to mannitol-induced osmotic stress. The gene expression profiling suggests that vagad and gujcot-21 are drought tolerant while RAHS14 and RAHS-IPS-187 are drought sensitive genotypes. Under osmotic stress the drought tolerant genotypes (Vagad and Gujcot-21) shows increased root length in comparison to drought sensitive genotypes (RAHS-14 and RAHS-IPS-187) (BMC Genomics,13:680, 2012). Yet another work,CAMTA1 gene function under drought stress and open new perspectives for elevating drought tolerance which could eventually lead to enhanced crop production. In camta1, root development was abolished showing high-susceptibility to induced osmotic stress resulting in small wrinkled rosette leaves and stunted primary root. In camta1 under drought condition, we identified growth retardation, poor WUE, low photosystem II efficiency, decline in RWC and higher sensitivity to drought with reduced survivability (BMC Genomics, 14:216, 2013).